SPOKANE, Wash. – March 19, 2019: Avista, through a request for proposal issued in June 2018, has selected to purchase power generated by the proposed Rattlesnake Flat Wind project in Adams County, Washington.

Rattlesnake Flat Wind, a wind energy facility permitted and being developed by renewable energy developer Clearway Energy Group (“Clearway”), will provide Avista with approximately 50 average megawatts of renewable energy, or as much as 144 megawatts of nameplate wind capacity, under a 20-year power purchase agreement (PPA) with deliveries beginning in 2020. The PPA provides Avista with additional renewable energy, capacity and environmental attributes, which will offset higher priced market purchases. The PPA aligns with Avista’s 2017 Integrated Resource Plan which identifies that the utility will consider acquiring additional resources if such resources have lower long-term cost than electric market alternatives.  Avista expects to recover the cost of the power purchased through its retail rates.

“Recent market changes, including reductions in the cost of wind power facilities and tax incentives that remain in effect, have combined to make this an excellent time to acquire long-term output from a cost-effective wind resource, which has the added benefit of being located in our service territory,” said Jason Thackston, Senior Vice President of Energy Resources for Avista. “Rattlesnake Flat will help Avista meet its goal of providing reliable energy to our customers at a reasonable cost, while bringing even more renewable energy to our region, now and in the future.”

“We’ve been closely working with key stakeholders in Adams County, developing partnerships with landowners, businesses and local government to enable this project, and entering into this long term partnership with Avista is a very exciting next step,” said Benjamin Fairbanks, Senior Director of Wind Development at Clearway. “We’re proud that Rattlesnake Flat will be a source of home-grown renewable energy for the state of Washington and for Avista’s customers for many years to come.”

The wind farm will be the largest renewable energy facility in Adams County with the capacity to generate enough clean, renewable energy to power about 37,600 of Avista’s customers’ homes. Situated on 20,000 privately owned acres near Lind, WA, Rattlesnake Flat will tie into Avista’s electric system via Avista’s Lind/Washtucna transmission line. 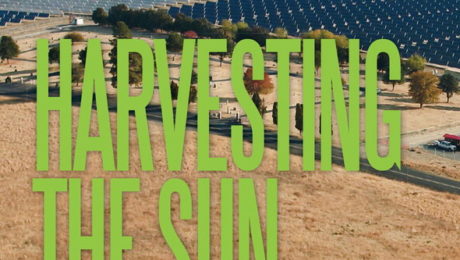